Corfu International Airport “Ioannis Kapodistrias” – CFU is a government-owned airport with a length of 2,373m on the Greek island of Corfu, serving scheduled and charter flights. There are scheduled flights to Corfu from Athens and Thessaloniki all year round. From April to October more airlines serve the island from all of the major airports in Europe. The Airport named after Ioannis Kapodistrias, a distinguished Corfiot diplomat and the first governor of Greece. The last extension of the runway was completed in 1959, with a length of 2,373m. The first commercial flight took place on 19 April 1949 from Athens. In April 1965, the airport became International. The Airport is located around 2 kilometres south of Corfu Town center.

The runway of the airport is surrounded by water making Corfu one of Europe’s most dramatically situated airports for plane-spotting. Lake Chalikopoulou wetlands, right beside the airport, has recently been allocated nature reserve status. The lagoon is separated from the open sea by a concrete causeway which affords a view straight down Corfu Airport’s single runway. This often busy crossing point is used by both tourists and locals. Most planes approach from the south, although they take-off to the north.

Planes landing from the north fly very low, so traffic on the road is stopped by a red light because of the jet blast. If you exit from the airport to the north and turn left following the road along the fence you will meet the airport traffic light. Good close-ups of the aircrafts can be obtained through the fence. There is no place to park. Pedestrians only, but don’t pass the red traffic light. Jet blast can be dangerous. The airport was built into a beautiful lagoon and a big part of the runway is surrounded by water. Kanoni also offers good views of airplane movements. A dam is running across the lagoon, connecting Kanoni with Perama. Depending on your position on the dam there are many different kinds of photo shots you can try out. If you cross the dam and continue to the main road you approach Perama and the Nisos restaurant. It is overlooking the lagoon and the airport. 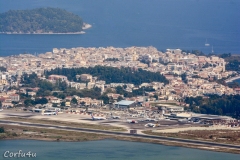 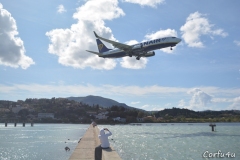 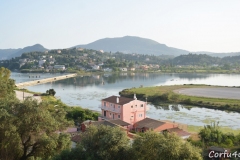 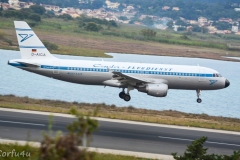 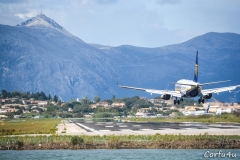 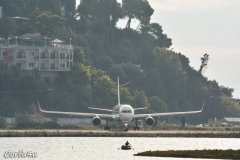 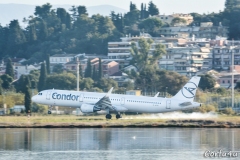 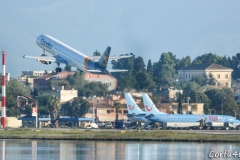 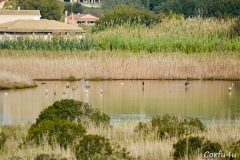 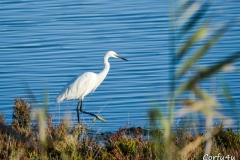 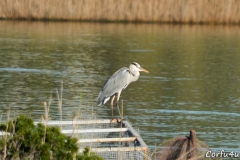 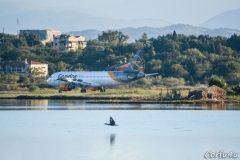 Tip: You can reach the Airport from the city center by Blue City Bus (No.15).
Tip: There is an ATM on the arrivals.