Mount Pantokrator (Παντοκράτωρ in Greek) is a mountain located in north-eastern Corfu. At 906 metres (2,972 ft), it is the highest mountain on the island. Corfu can be seen, as well as Albania which lies a short distance from the island. At the top there is a cafe for tourists, a telecommunications station, whose largest tower stands directly over a well and a Monastery.
The church on the site dates from around 1689, and the current facade was built during the 19th century. It is dedicated to the transfiguration of Christ.

There are many roads to get to Pantokrator. Some are very difficult to drive and others have off-road parts so better not to choose random paths. Here are two easy routes: 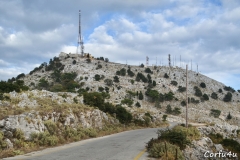 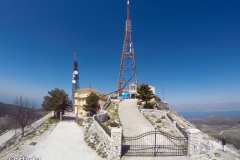 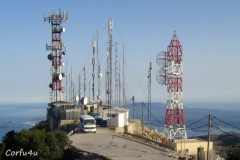 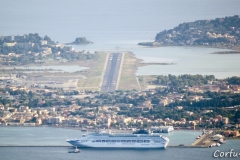 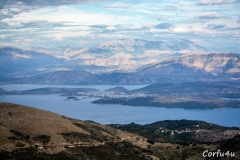 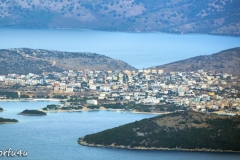 Tip: You can take better pictures when the north wind blows. Atmosphere is clearer.